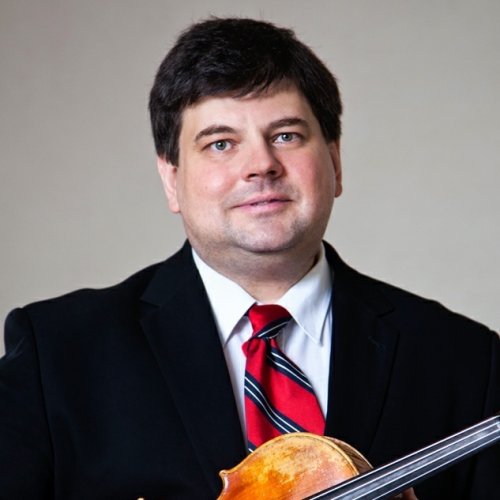 is a graduate of the Prague Conservatory, where he studied under Jaroslav Ruis, and of the Academy of Performing Arts in Prague, where he studied under Lubomír Malý. He is a member of the Herold Quartet and, for many years now, concert master of the viola section of the Suk Chamber Orchestra. As a soloist, Untermüller has worked with many Czech orchestras, such as the Czech Radio Symphony Orchestra, the Pardubice Chamber Philharmonic, and the West Bohemian Philharmonic. In the spring of 2018 he performed as a soloist with the Berliner Symphoniker in the Berlin Philharmonic Hall, the Golden Hall of the Musikverein in Vienna, and the Konzerthaus in Klagenfurt, Austria. At the Prague Spring 2019 music festival, he played the solo viola part in Berlioz’s symphony Harold en Italie in a performance by the Czech Radio Symphony Orchestra conducted by John Nelson.

Karel Untermüller is frequently invited to cooperate with leading chamber ensembles such as the Wihan Quartet, the Stamic Quartet, and the Pavel Haas Quartet. He is a regular performer at the Internal Music Festival Kutná Hora, where he has worked with cellist Jiří Bárta, pianist Konstantin Lifschitz, violinists Lara St. John and Chloë Hanslip, and hornist Radek Baborák. Untermüller teaches the viola at the Academy of Performing Arts in Prague.