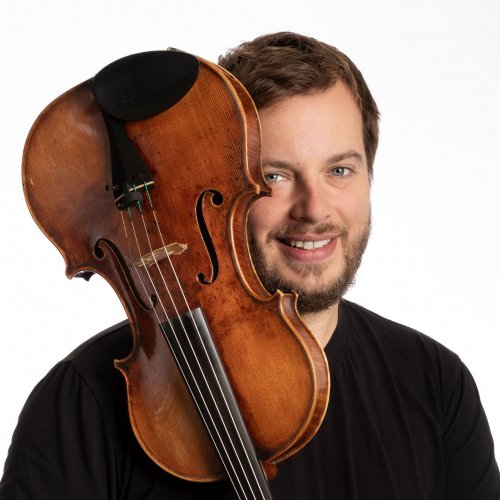 Jiří Kabát studied at the Prague Conservatory and the Royal Conservatoire of Scotland (RCS) in Glasgow. As a soloist or conductor, he performed, for example, with the Czech Philharmonic Collegium, PKF- Prague Philharmonia, Prague Chamber Soloists, The Czech Chamber Philharmonic Orchestra Pardubice, Philharmony Hradec Králové, Pilsen Philharmonic and others. Received scholarships for Int. Music Academy in Pilsen and Meadowmount School of Music (USA). He is a prize-winner from international competitions and has also received other awards such as Classic Prague Award, Governor's Prize, Tillett Trust Bursary and others. For eight seasons he held the position of violist in the Vlach Quartet Prague, and for two years he worked in the same role with the Pavel Haas Quartet. He taught at the Pardubice Conservatory and the University of Hradec Králové, and from the 2020/21 school year he was appointed director of the art school in Pardubice - Polabiny. He is also a graduate of composition and conducting in the class of Jiří Gemrot respectively Miriam Němcová and Miroslav Košler. In 2011, he won the 1st prize and, exceptionally awarded, the absolute winner of the Antonín Dvořák International Composition Competition. His works were performed, for example, at the Festival International Echternach, in the chamber series of the Prague Symphony Orchestra and the Czech Philharmonic, Östergötlands Music Dagar, Festival du Lubéron, Festival de Quatuors à Cordes en Pays de Fayence, etc. He is the recipient of the 2013 OSA award for the most successful composer of classical music. As an arranger, he worked for the Czech Philharmonic and most domestic orchestras, as well as many chamber ensembles, or, for example the Swiss publishing house EMR.